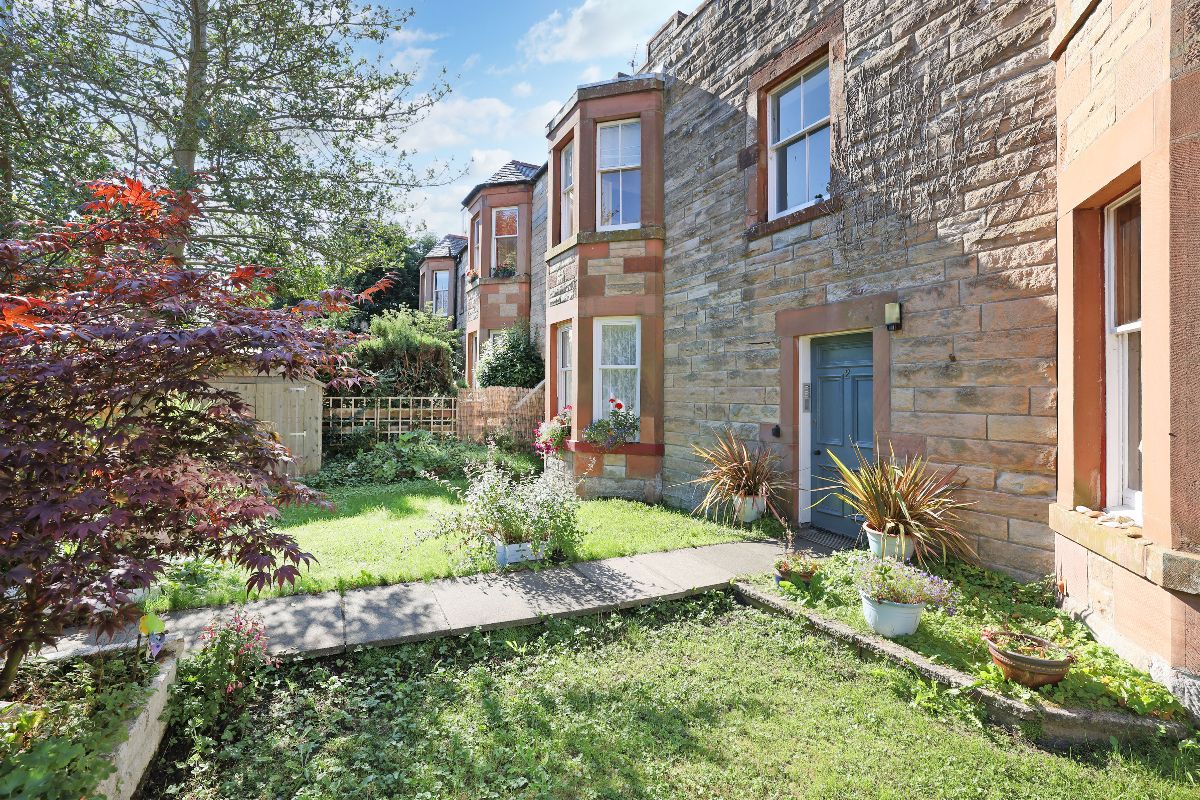 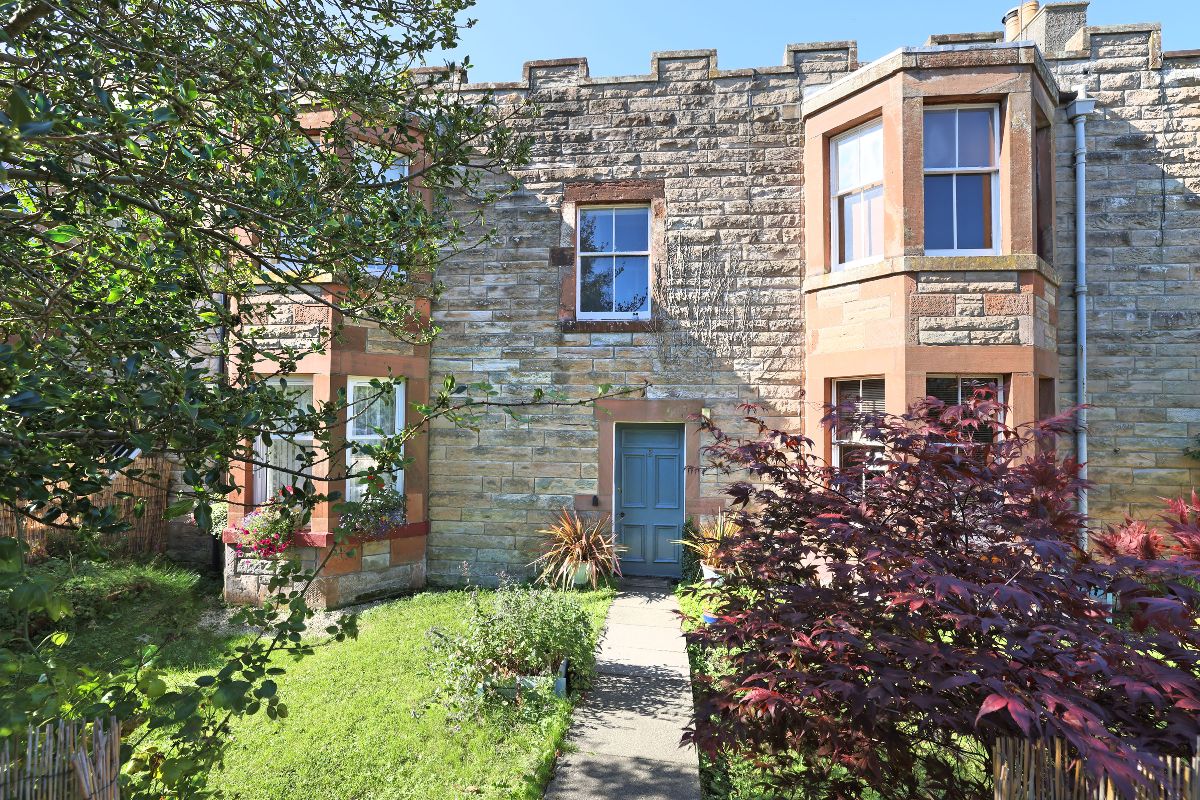 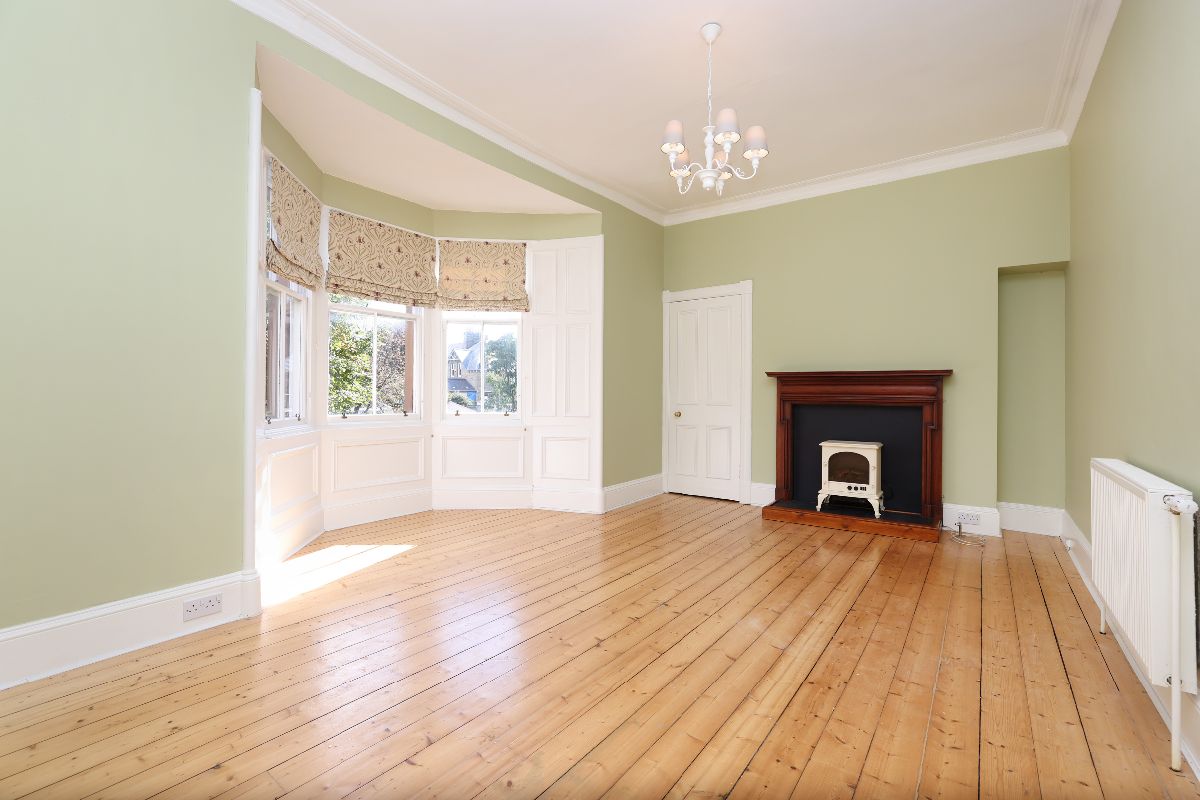 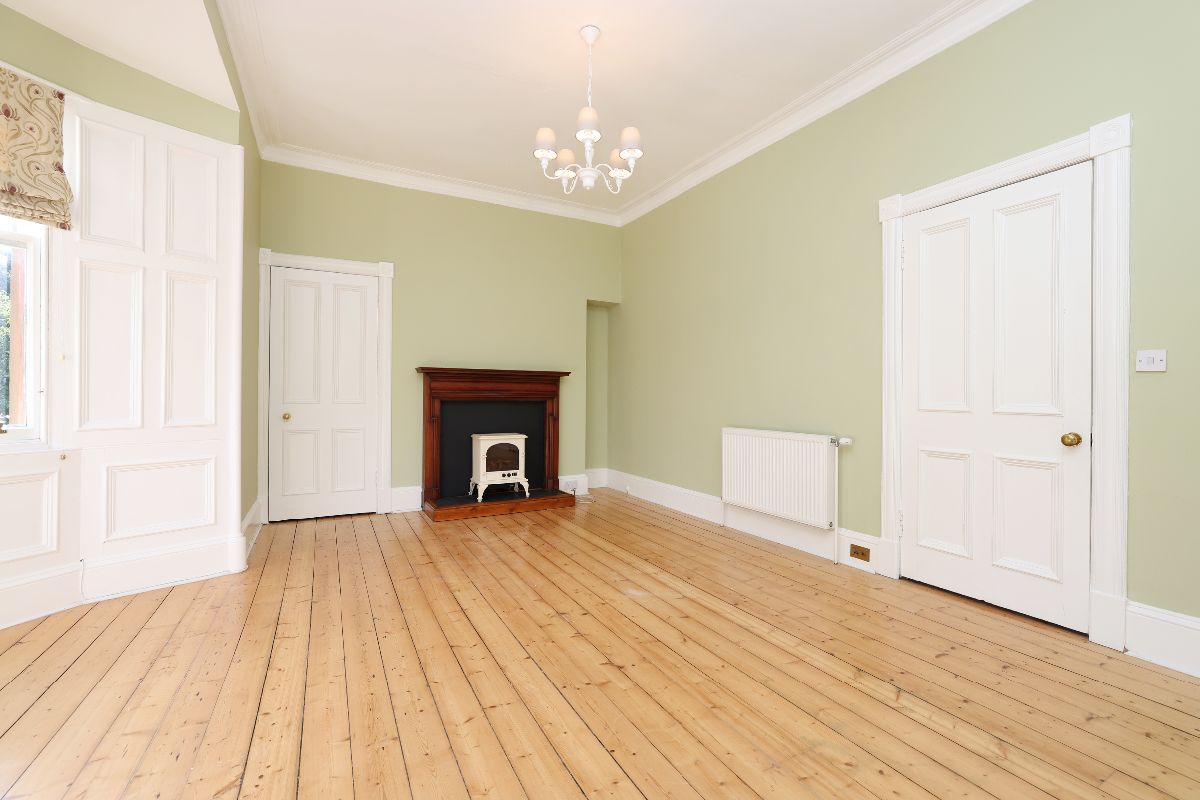 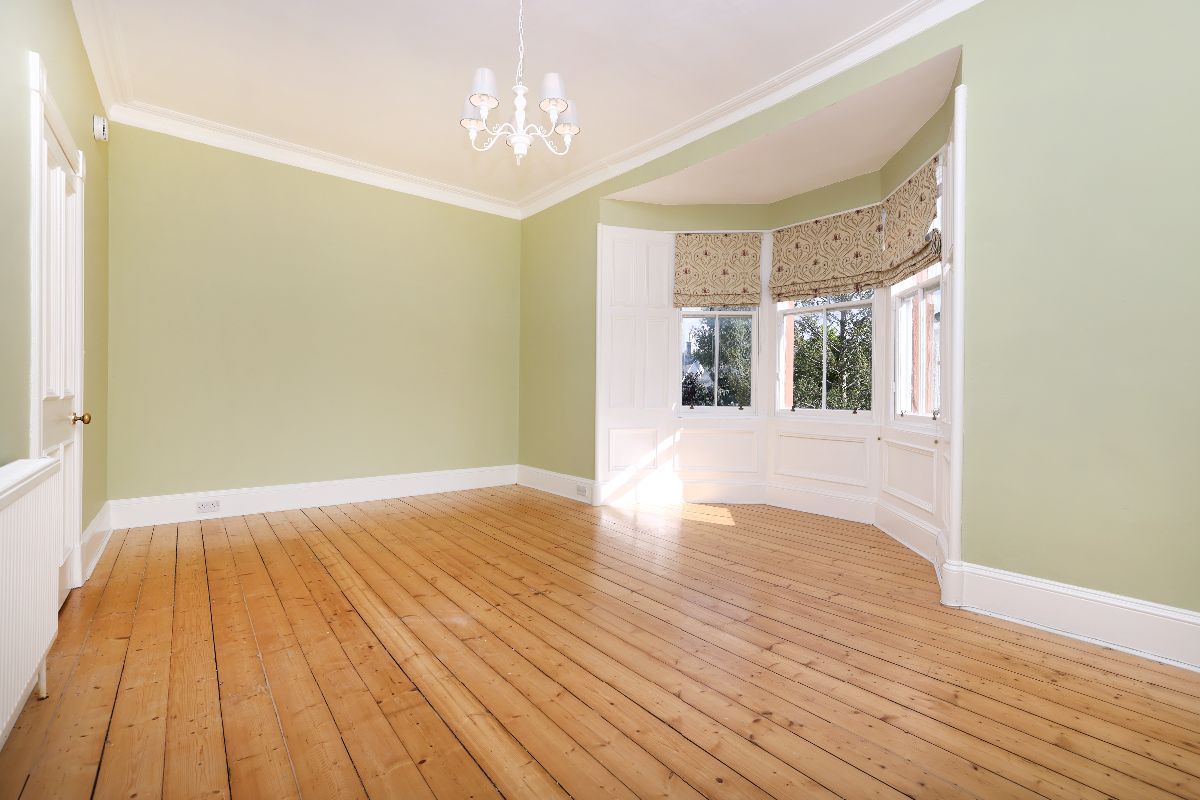 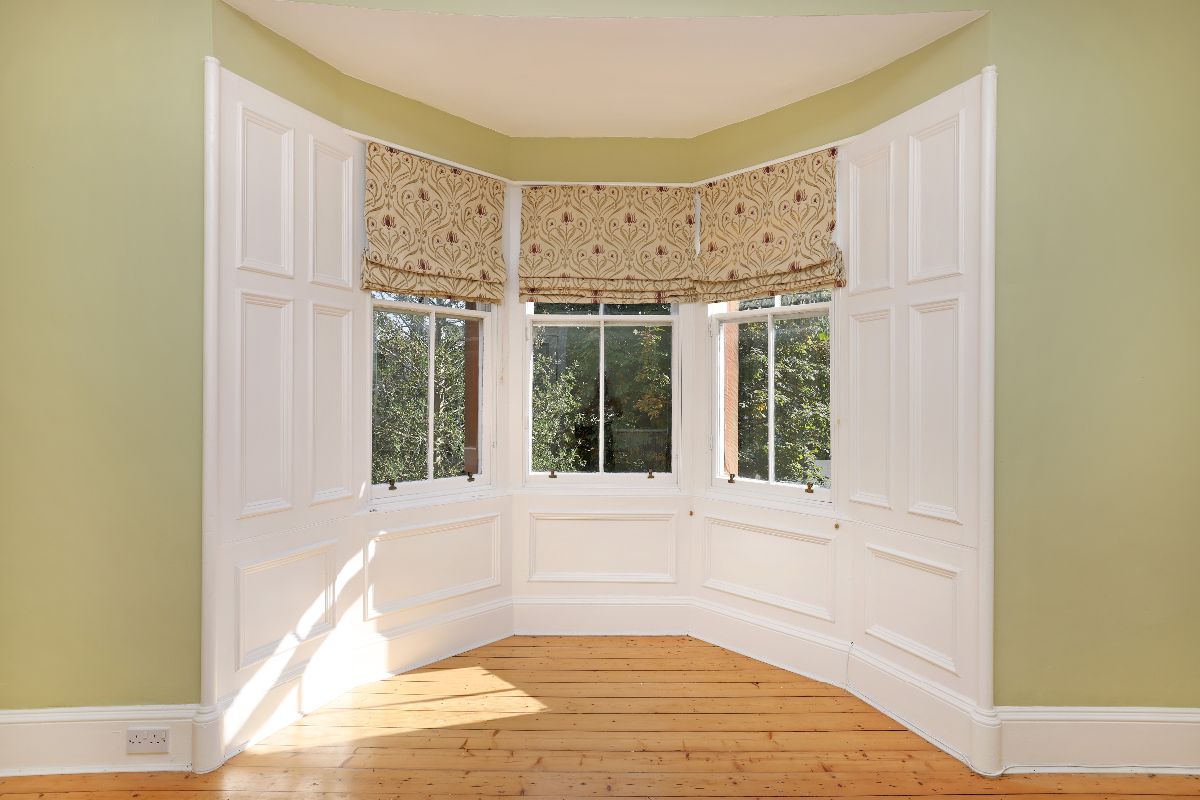 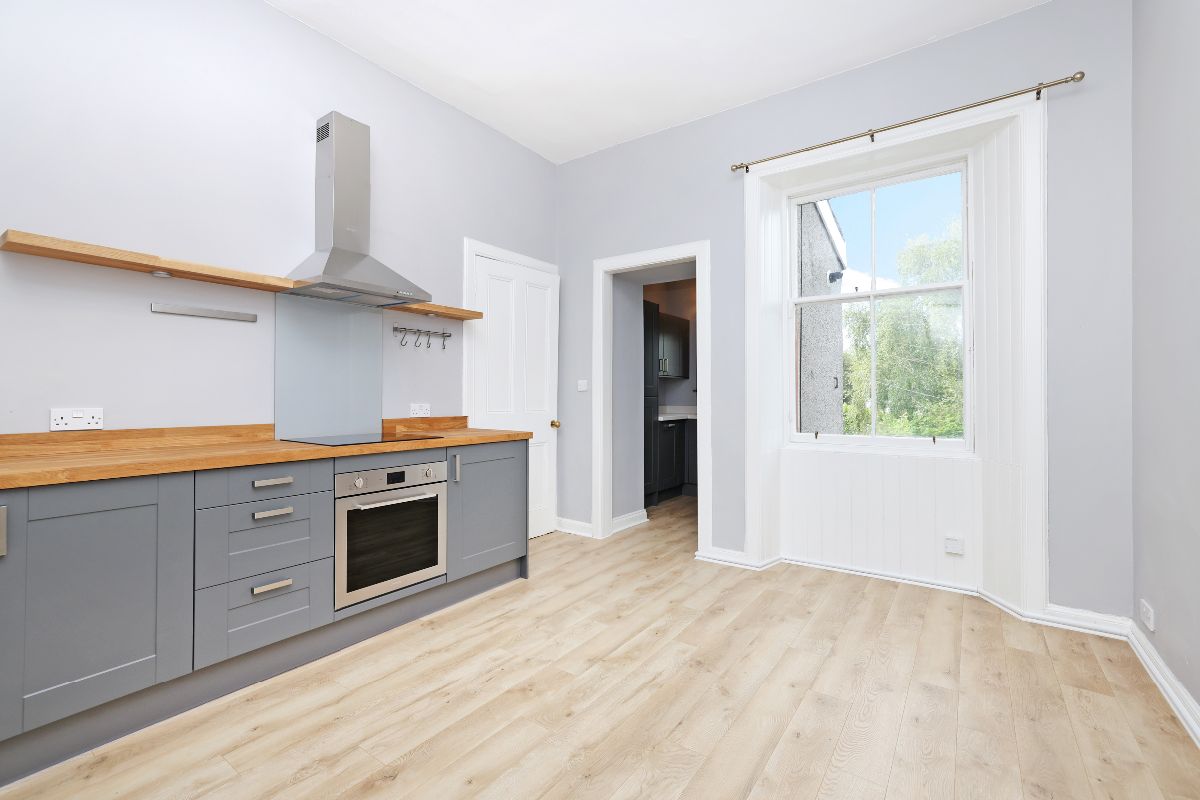 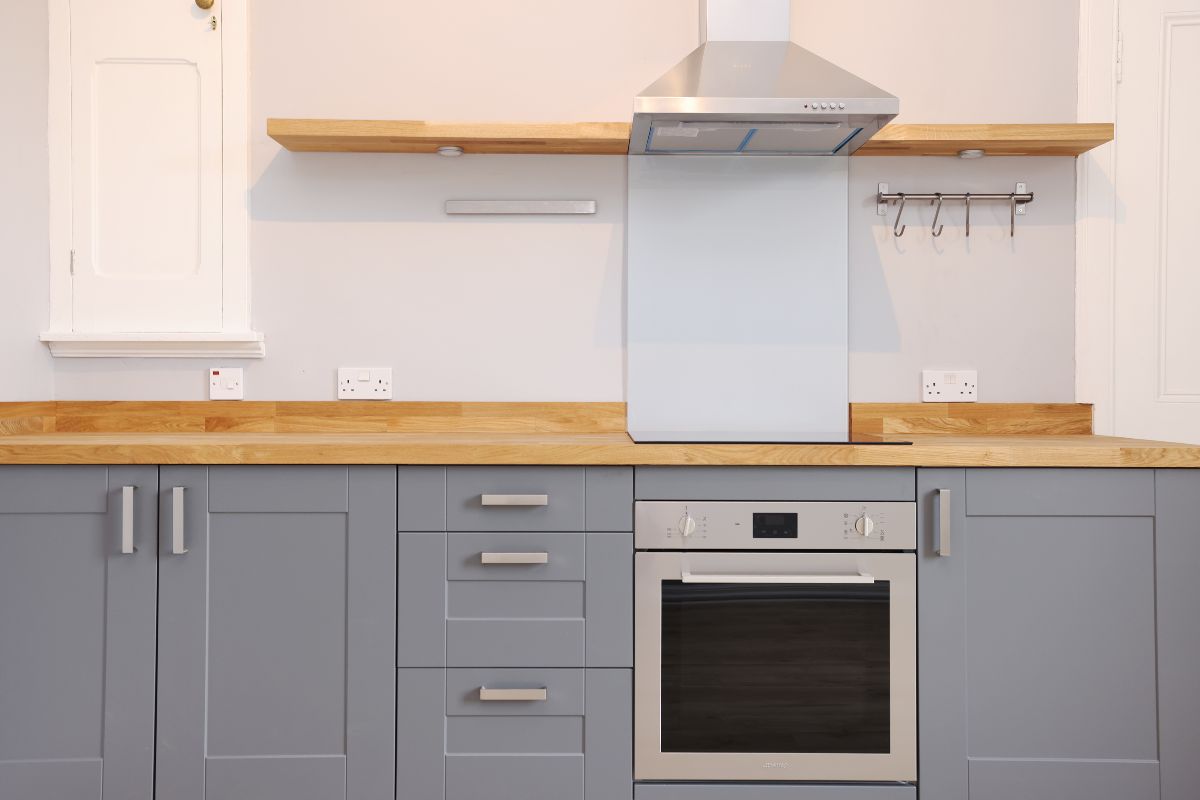 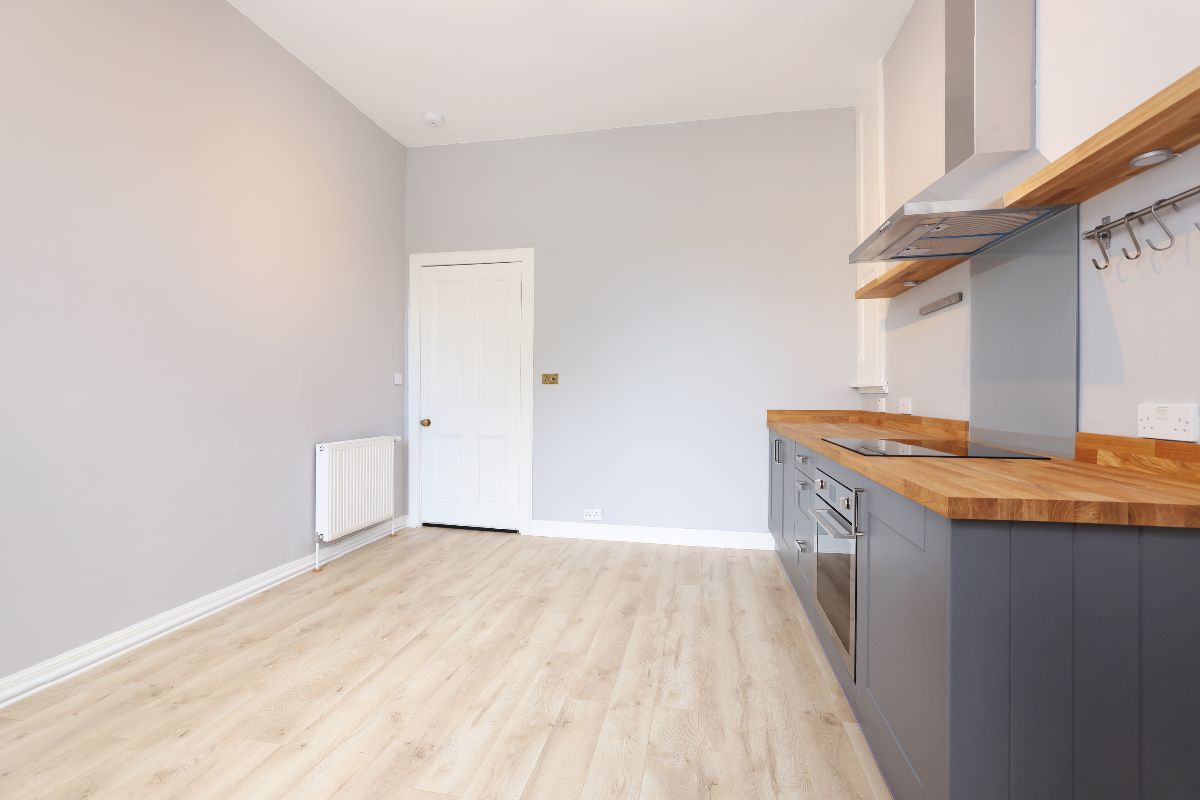 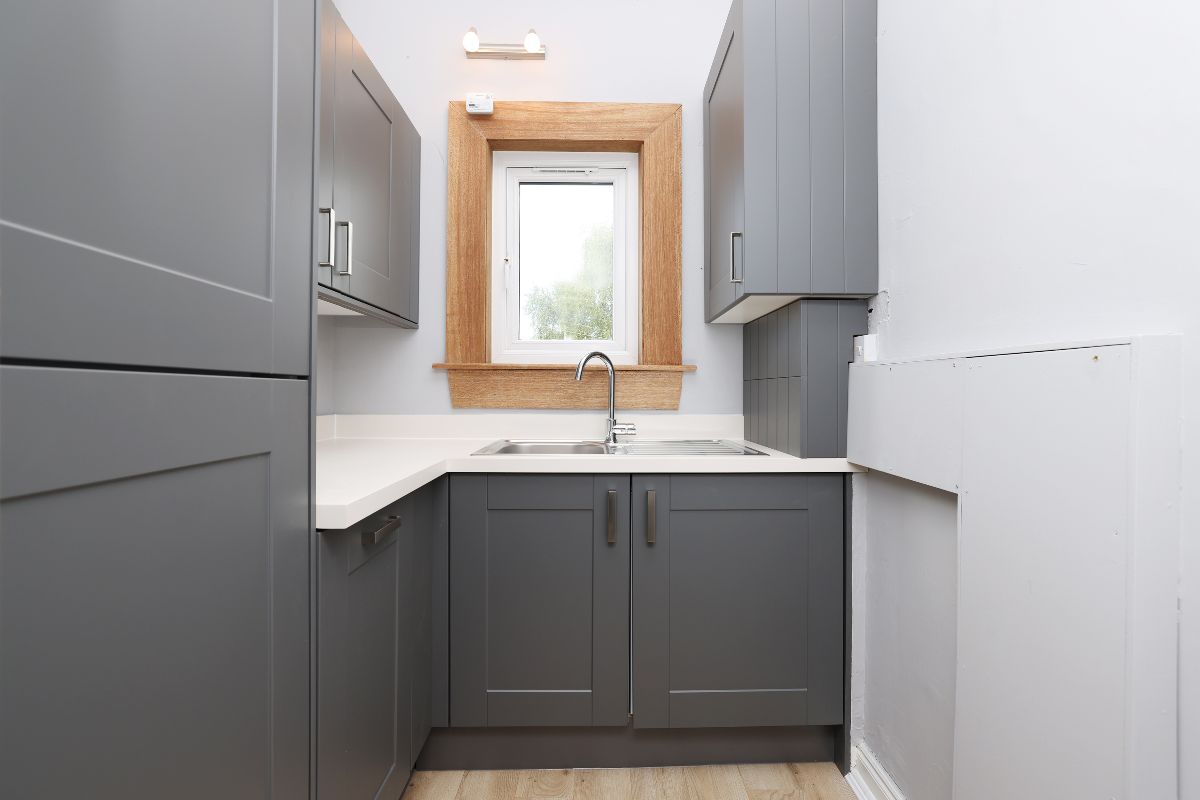 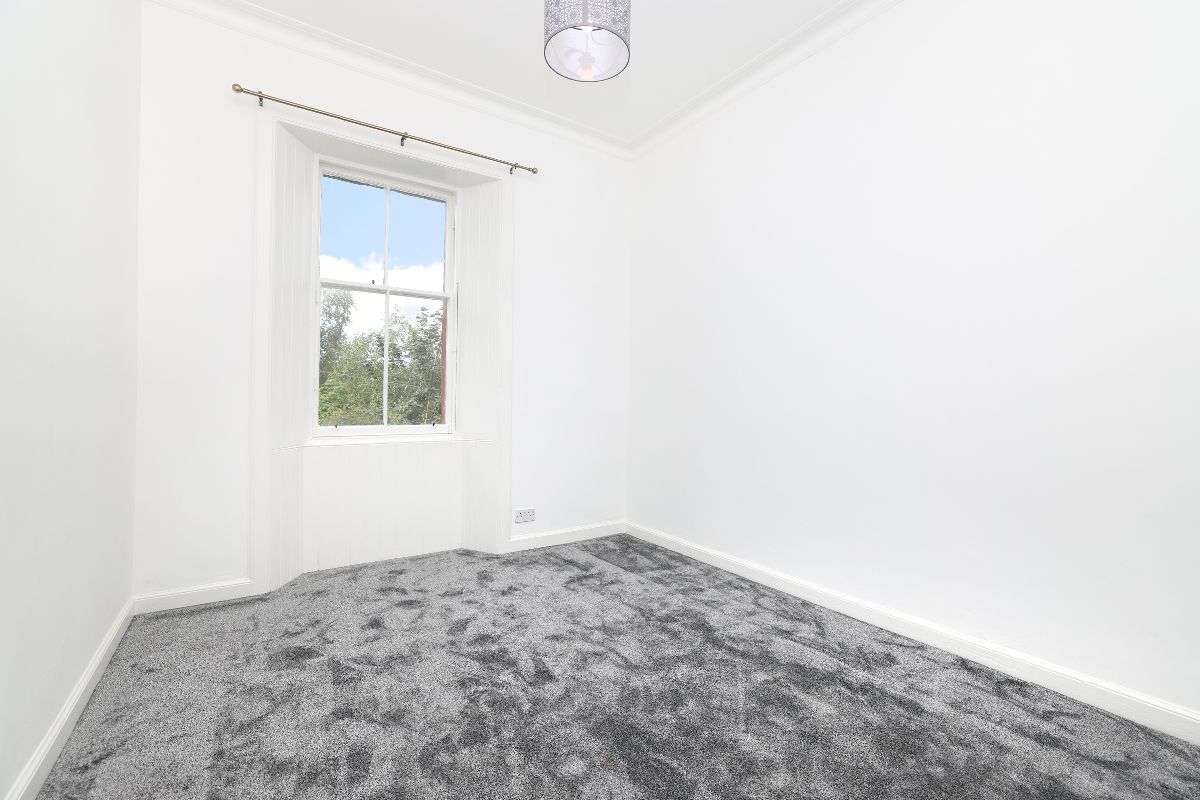 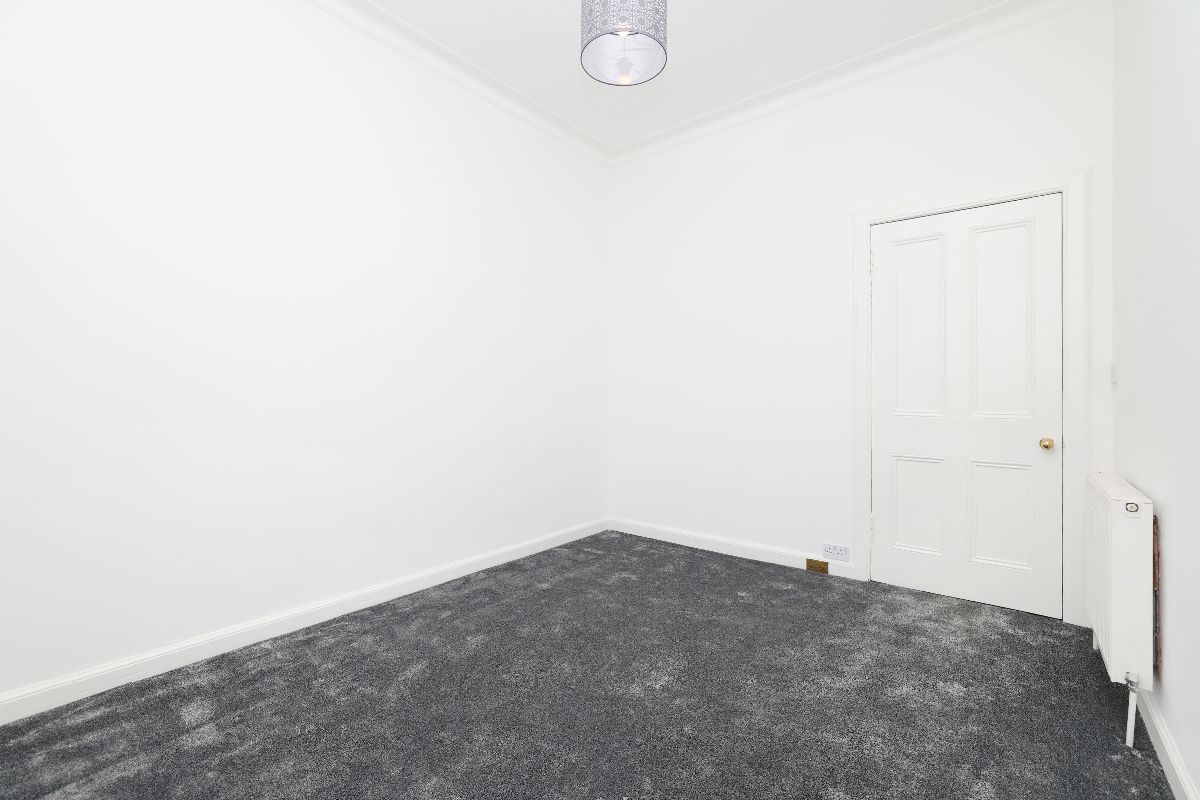 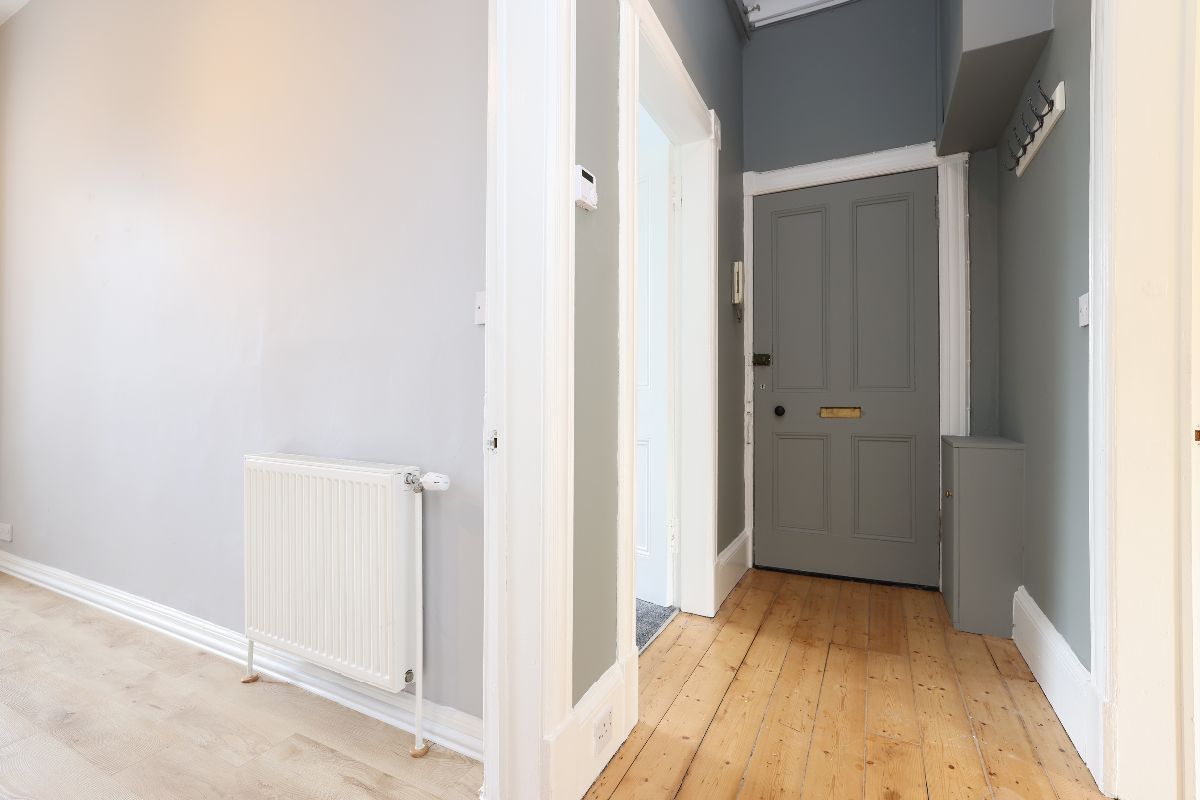 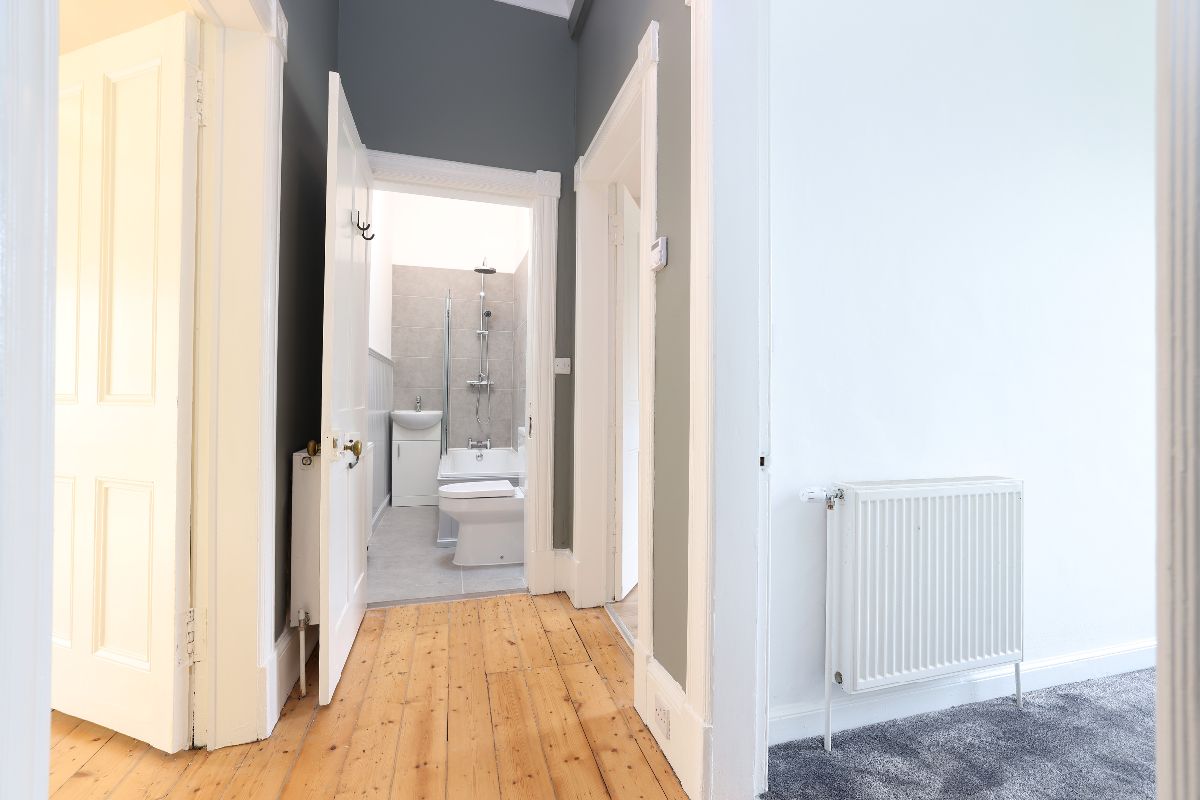 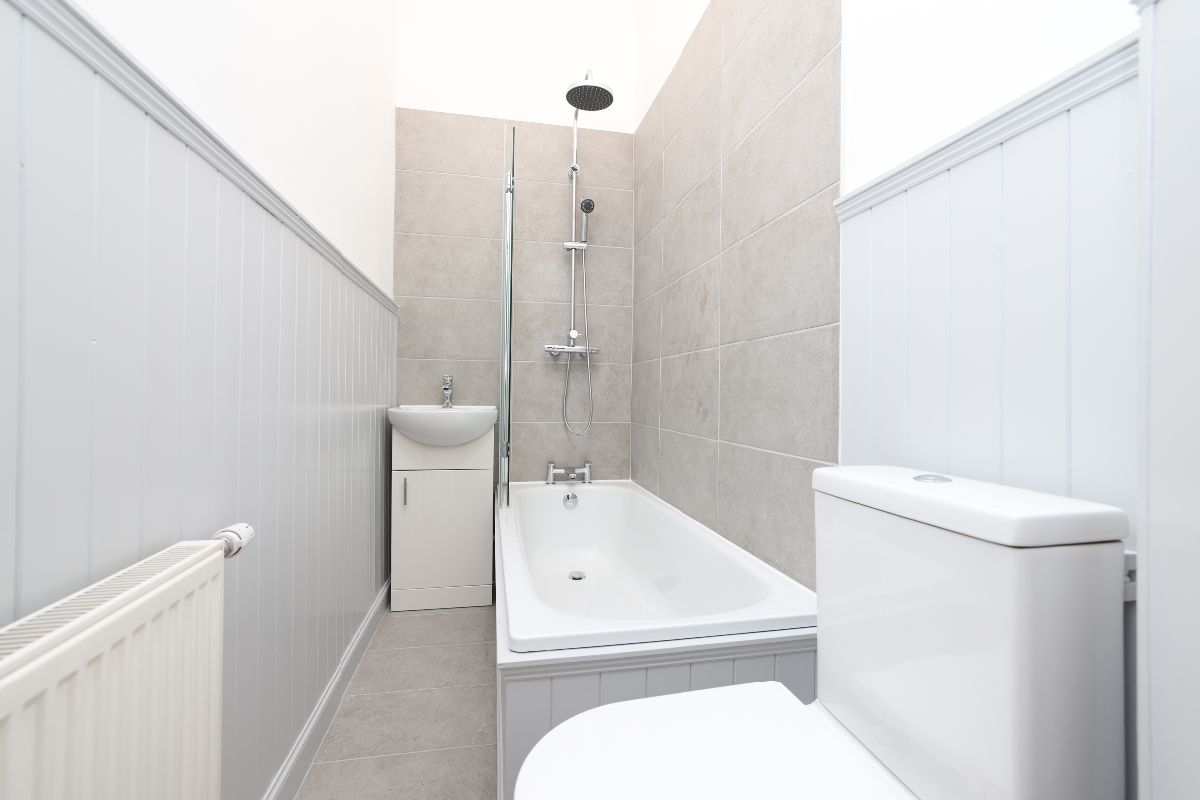 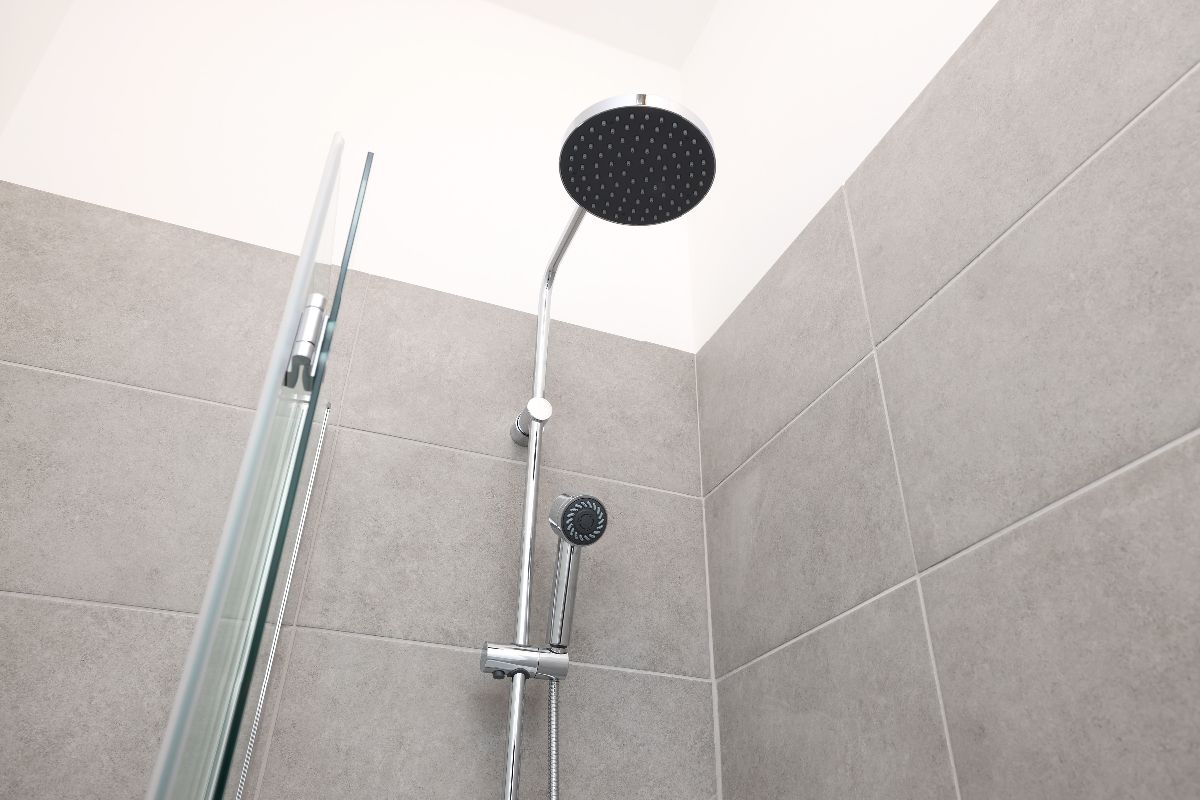 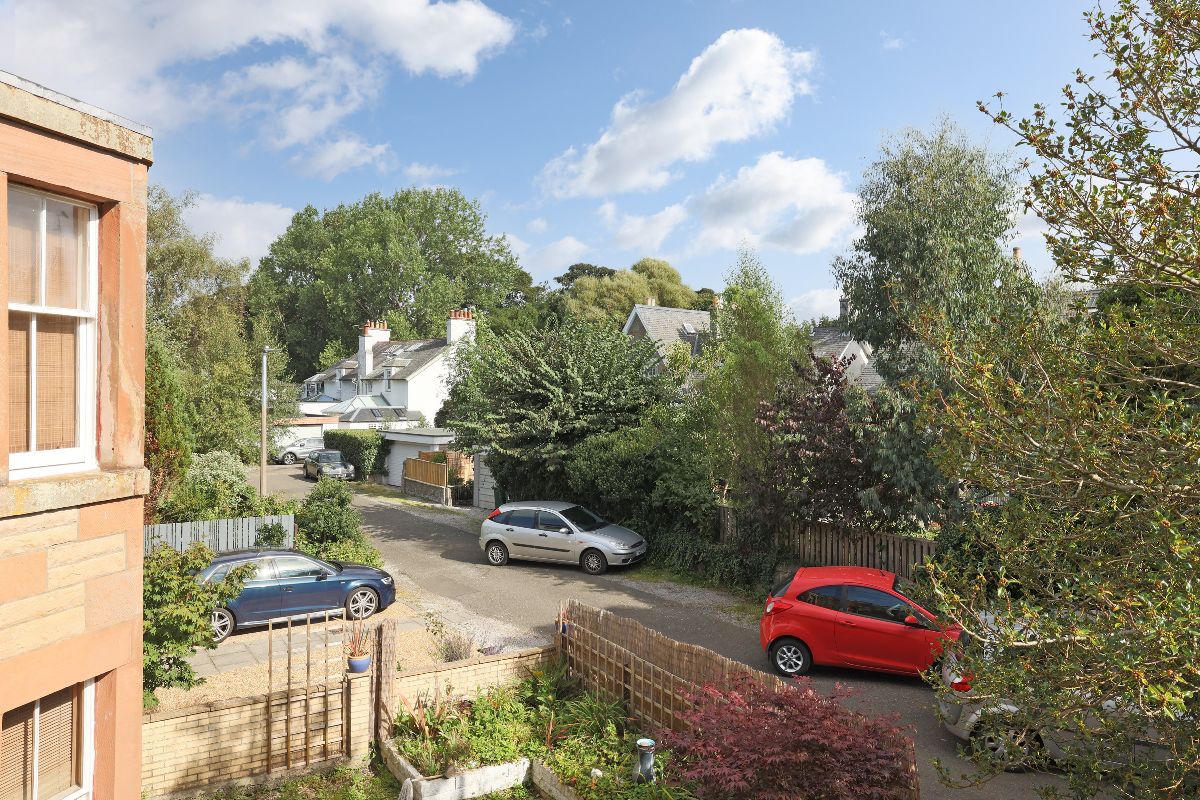 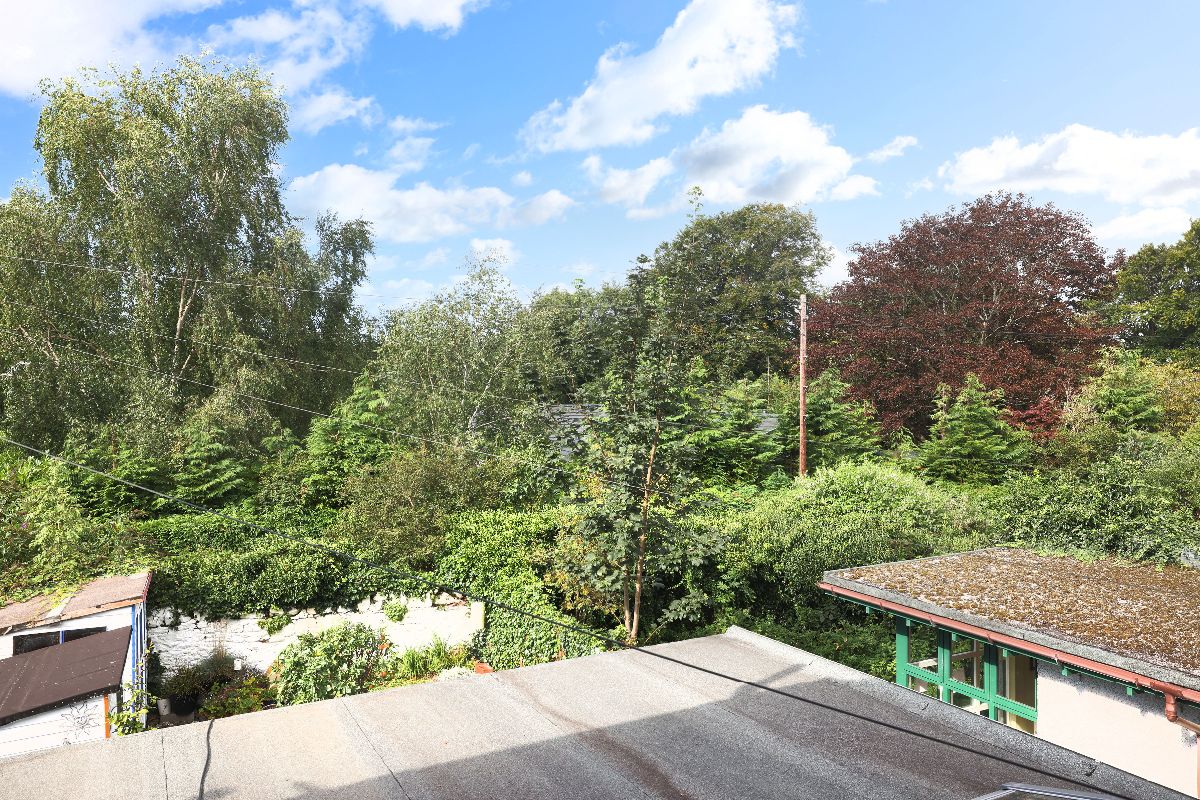 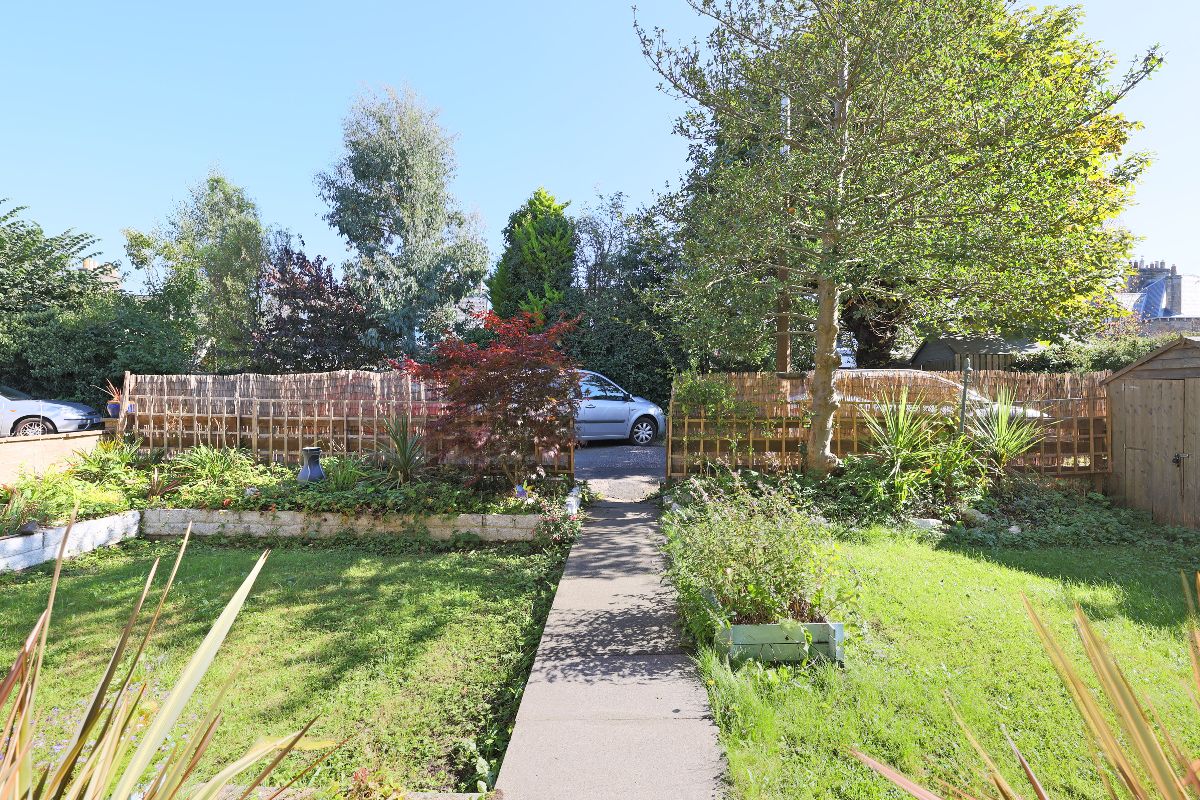 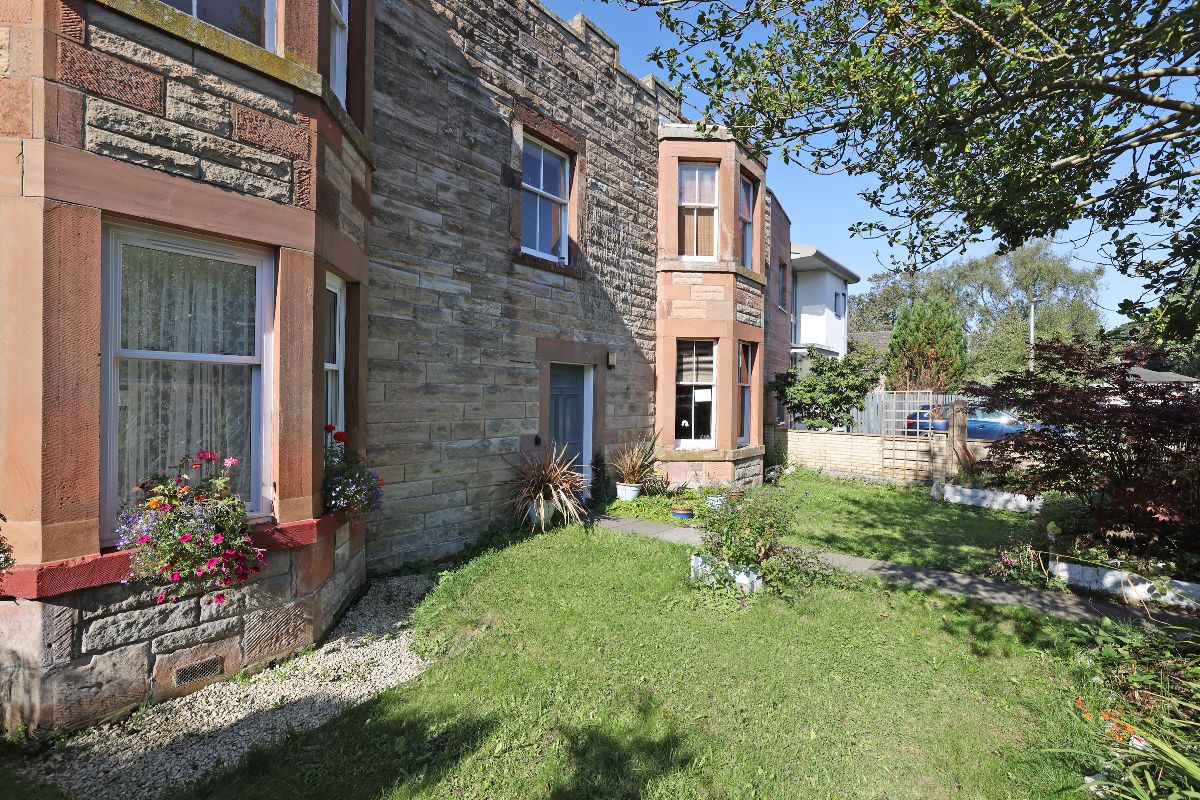 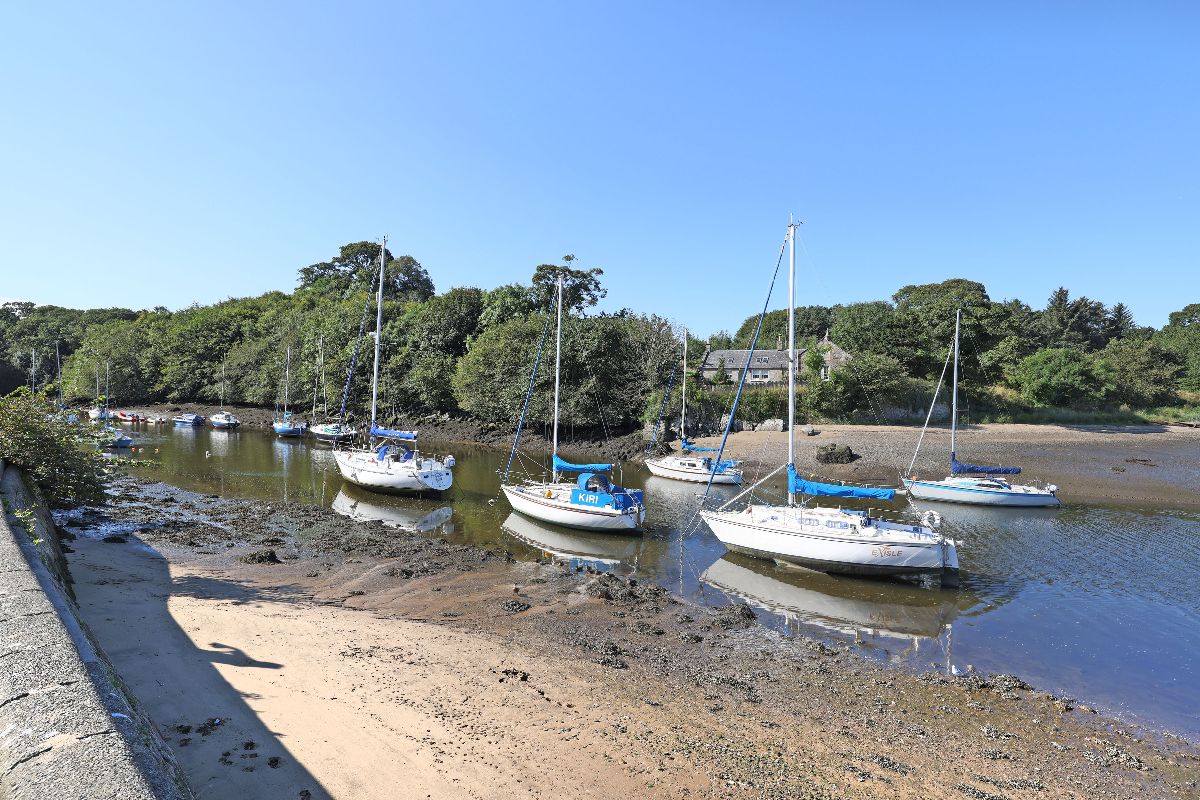 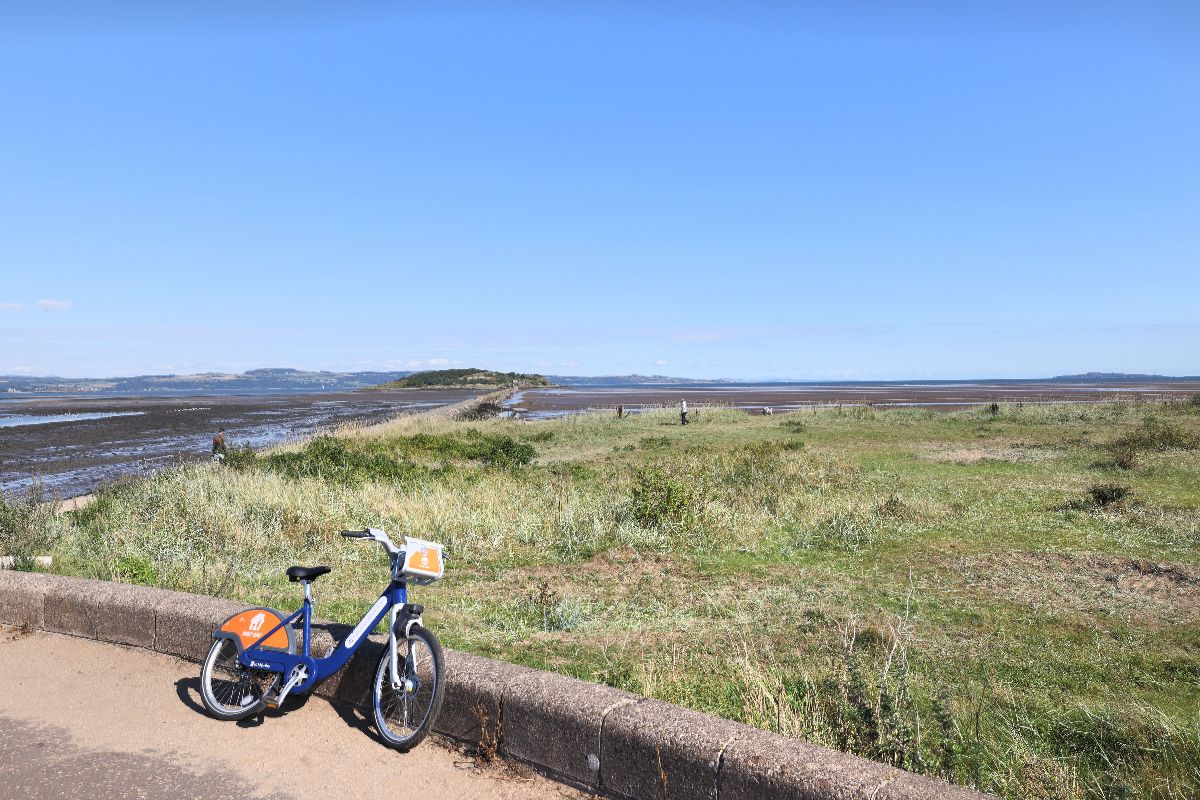 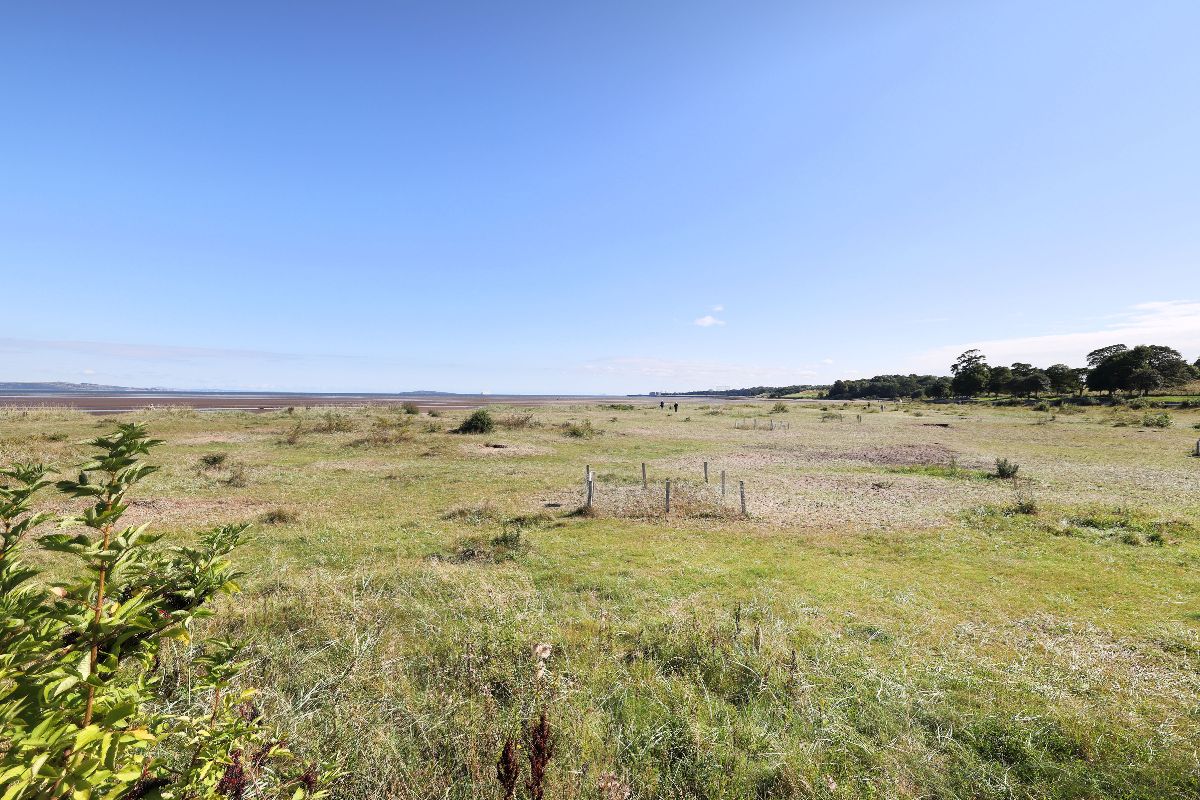 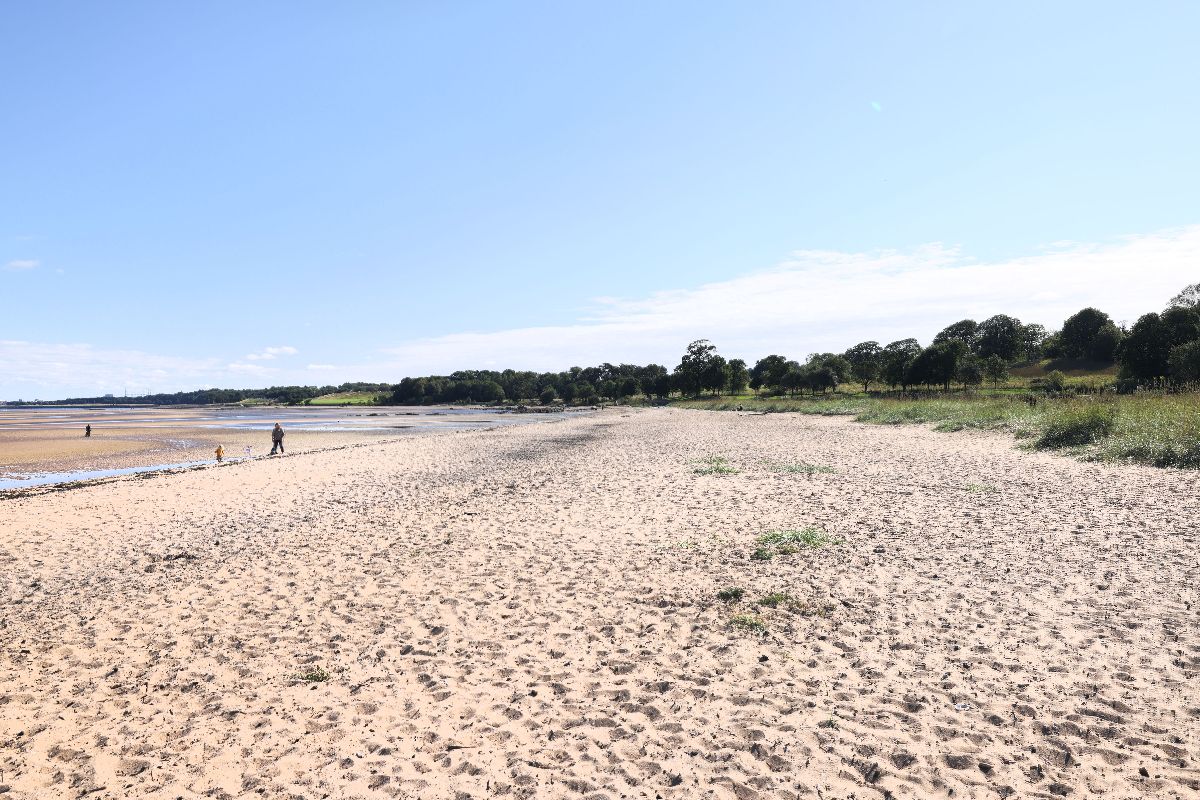 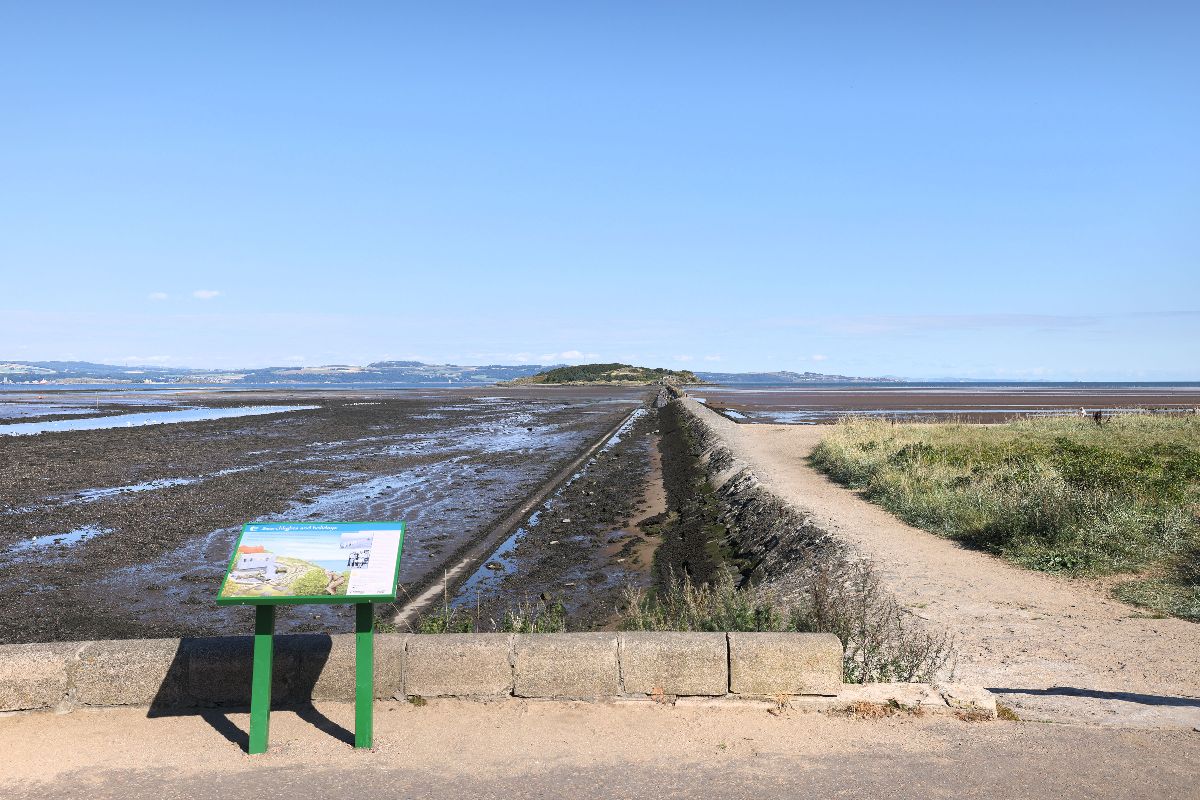 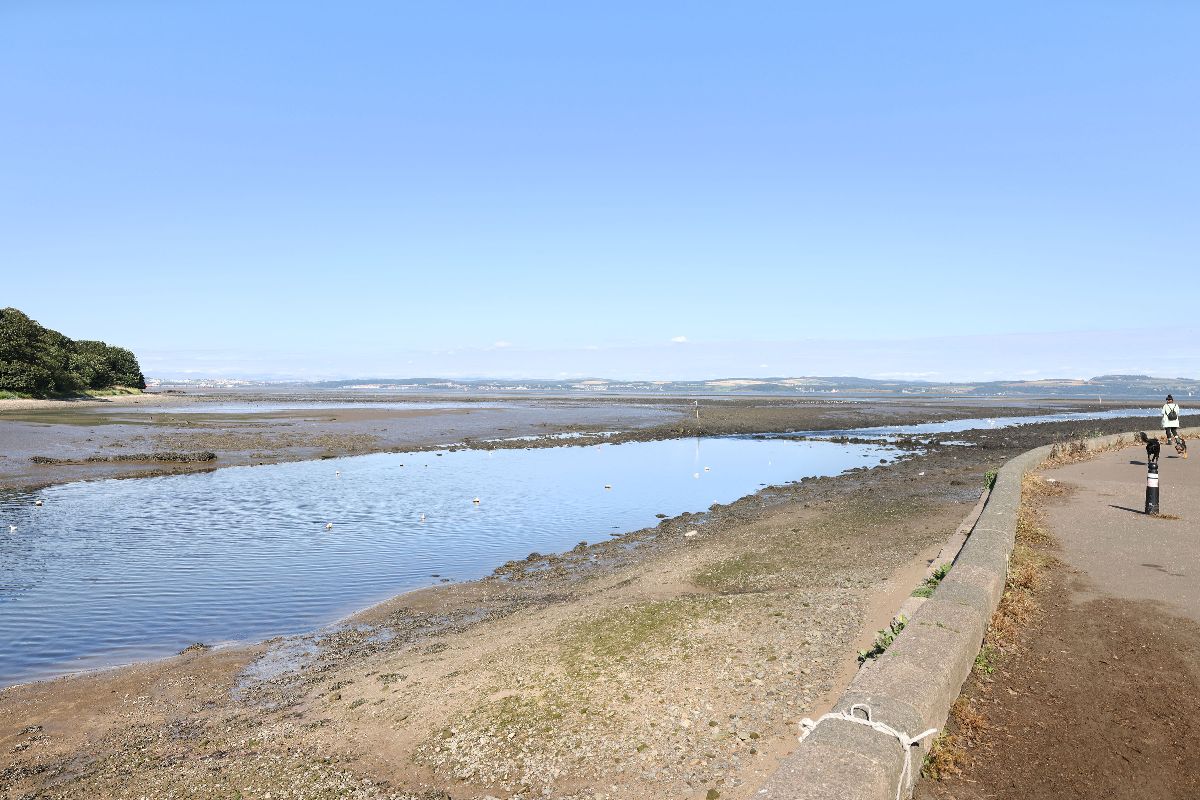 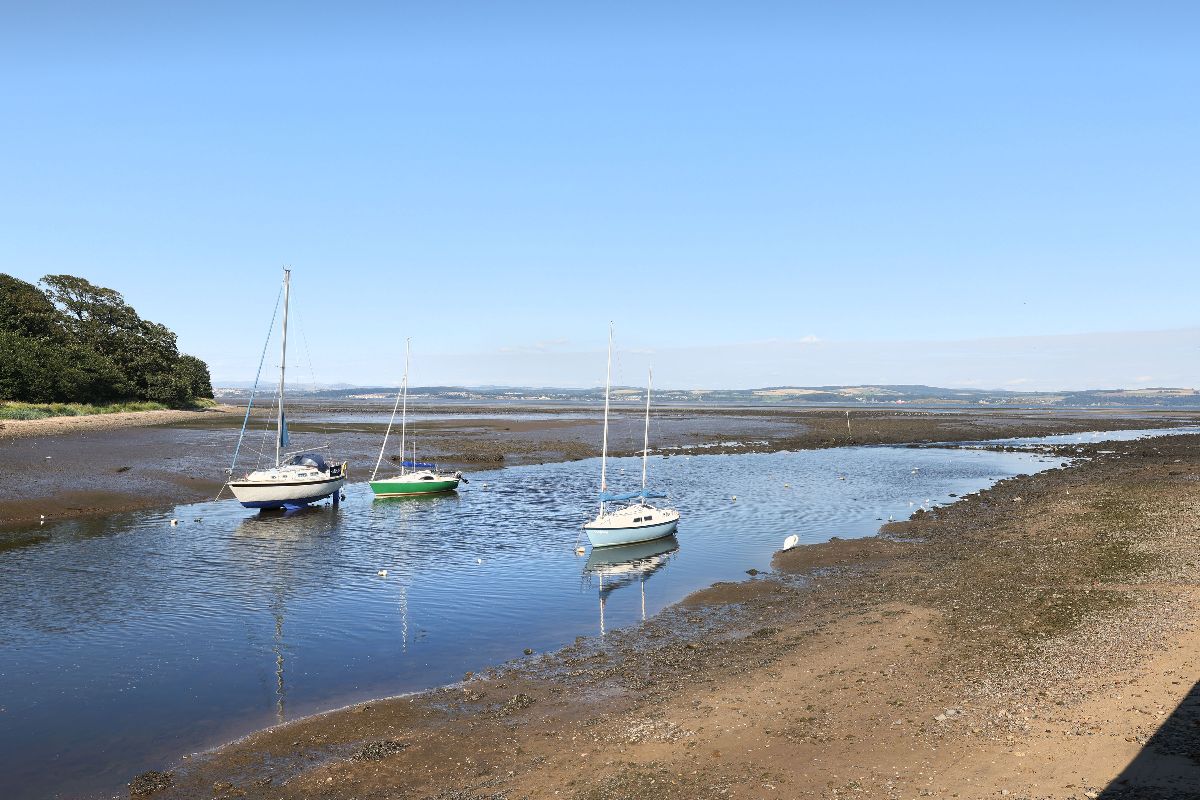 A charming and sophisticated one bedroom first floor flat, with castellated façade in pristine condition. Set in a picturesque cul-de-sac in the Conservation Village of Cramond
Viewings available by appointment. Contact Ballantynes to arrange your visit now.

Features:
• A charming and sophisticated one bedroom first floor flat, with castellated façade in pristine condition
• Set in a picturesque cul-de-sac in the Conservation Village of Cramond
• It has its own long-established garden to the front of the property
• Recently refurbished throughout
• Appealing sitting room with bay window, renovated wooden floor and fire place
• Large kitchen in two separate adjoining parts with bespoke kitchen units
• Comfortable double bedroom and naturally lit bathroom with three-piece suite with both rain and hand-held showers over the bath
• Traditional fenestration and gas fired central heating

A charming and sophisticated one bedroom first floor flat, with castellated façade in pristine condition throughout, following a recent refurbishment, It is set in a picturesque cul-de-sac in the Conservation Village of Cramond approximately four miles west of Edinburgh's City Centre. The flat is approached from Cramond Glebe Terrace through its own long established front garden.

The welcoming entrance hall is roughly in the centre of the flat and gives access to all rooms and has a nicely renovated wooden floor that extends into both the sitting room and the kitchen. The sitting room has a bay window overlooking the front garden and a traditional fire place surround that is currently home to an electric stove, however there is a gas connection close to the fire place surround, allowing for a change to a gas stove.

The kitchen sits to the rear of the flat and is divided into two separate areas; the front part that accommodates the food preparation and dining areas and the back adjoining area that has further storage and work surfaces, more integrated appliances and the sink, doubling as a utility room.

The comfortable double bedroom faces west and is large enough to accommodate a bed, as well as, additional bedroom furniture. The bathroom is naturally lit via a sky light, is partially tiled and has a three-piece suite with both a hand held and rain head shower over the bath. The flat has gas fired central heating.

Area:
Situated approximately 4 miles to the west of Edinburgh’s city centre, Cramond is a prosperous and highly regarded residential district that offers simple direct access to the city centre and all it has to offer. Its heart is historic and picturesque Cramond Village itself at the mouth of the River Almond.

There is a Sainsbury’s Local supermarket at Barnton, a Tesco supermarket and selection of independent shops at Davidson’s Mains and The Gyle shopping centre is a 10-minute drive away and provides a wide selection of high street stores as well as a Morrisons and M&S.

There are several golf courses in the area as well as sports and leisure facilities and inspiring riverside walks along the River Almond on the southern shores of the Firth of Forth. The amenity grounds of Cammo House and Lauriston Castle are also nearby.

The flat is ideally placed for access to Edinburgh Airport as well as to the central Scotland motorway network with connections to the north by the Queensferry Crossing and westwards towards Stirling and Glasgow.

Whilst every effort is made to ensure the accuracy of these details, it should be noted that the measurements are approximate only. Floorplans are for representation purposes only and prepared according to the RICS Code of Measuring Practice by our floorplan provider. Therefore, the layout of doors, windows and rooms are approximate and should be regarded as such by any prospective purchaser. Any internal photographs are intended as a guide only and it should not be assumed that any of the furniture/fittings are included in any sale. Where shown, details of lease, ground rent and service charge are provided by the vendor and their accuracy cannot be guaranteed, as the information may not have been verified and further checks should be made either through your solicitor/conveyance. Where appliances, including central heating, are mentioned, it cannot be assumed that they are in working order, as they have not been tested. Please also note that wiring, plumbing and drains have not been checked. 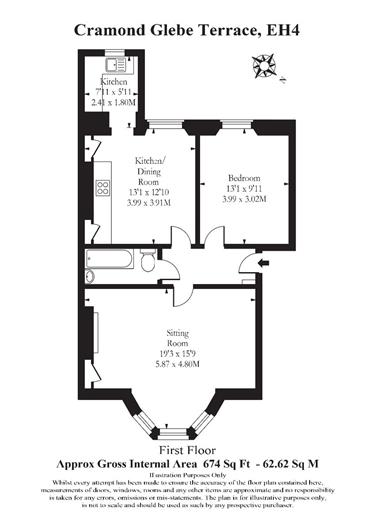